The Velaslavasay Panorama in Los Angeles is holding an exhibit of my photographic work about Pasadena's Arroyo Seco canyon. The opening is at  1122 West 24th street in Los Angeles. 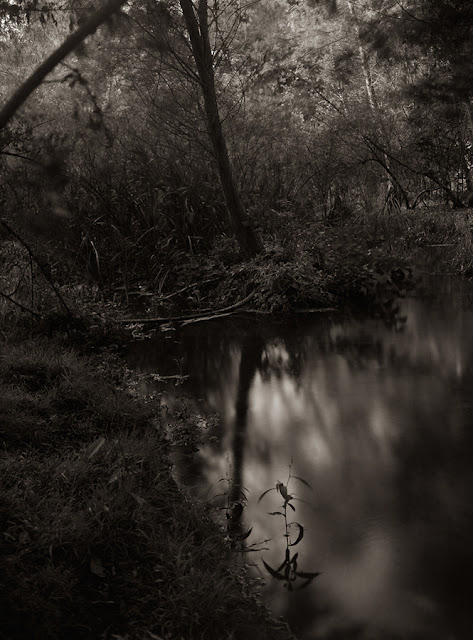 12 years ago I set out to make some images in Pasadena's Arroyo Seco.  I chose to photograph the Arroyo Seco because it lacks the grand vistas and photo opportunities that  many other places offer. I found strange trails leading to nowhere, piles of strewn cut timber and rubble, adjustments in the water flow by workers that I have yet to see on the task. Often, entire sections of foliage would disappear without a trace. I would see  very little of the actual wildlife but there are nests scattered throughout the canyon and for almost every trail in the canyon there is a parallel smaller one just out of view. It was features like this that were the allure for this project. 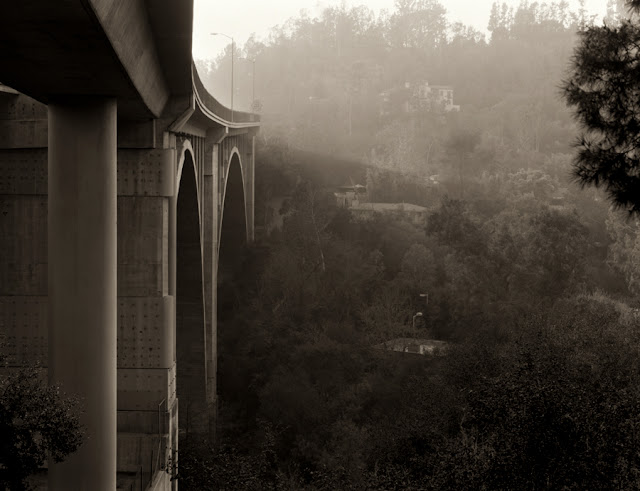 When I began the project I wanted to do something more interpretive and avoid the straight line between the subject and printed image. I had a few very old field and view cameras and some past dated film from the 20s, 30s and 40s. 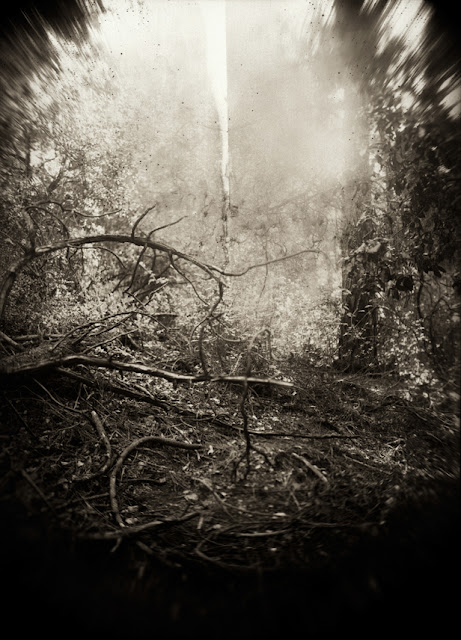 I also a had been collecting a some landscape and portrait lenses that were soft focus, a few Petzval lenses and some sharper lenses all chosen to fit a 5x7" camera. I wanted something more obscure than the effect of a soft focus lens–though–something more unpredictable. The old expired films were a joy to use and each brand seemed to possess different qualities that might contribute to this project. Some were covered in mildew, some horribly fogged and need extremely long exposures, some had lost sensitivity to certain colors and a few of them are simply much slower in film speed. 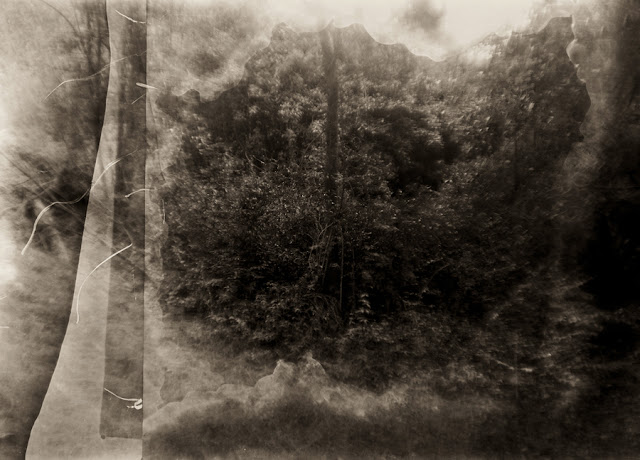 By accident I found that if negatives were left to develop by overlapping with random agitation in the developing tray that they would transfer some of the image to the others. Some of the films did this more easily but a few ended up almost completely unreadable. 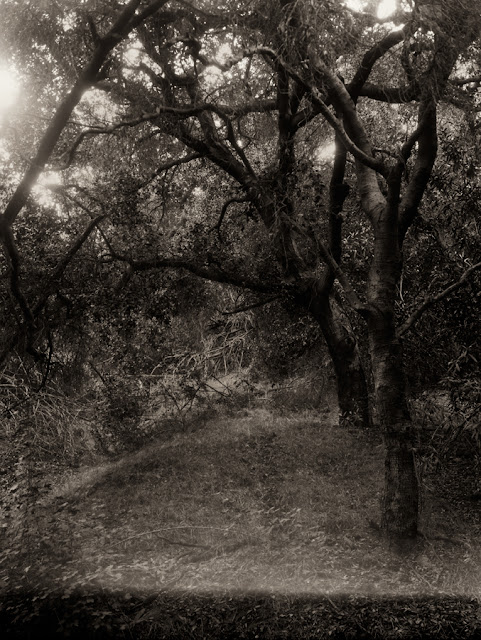 I welcomed this effect into the series while realizing that it would ruin some of the negatives. It was a risk worth taking if I was going to let go of control and allow for the element of chance.  At the onset of the series there were several themes I wanted to explore, like the chaos of nature, decay and rebirth. 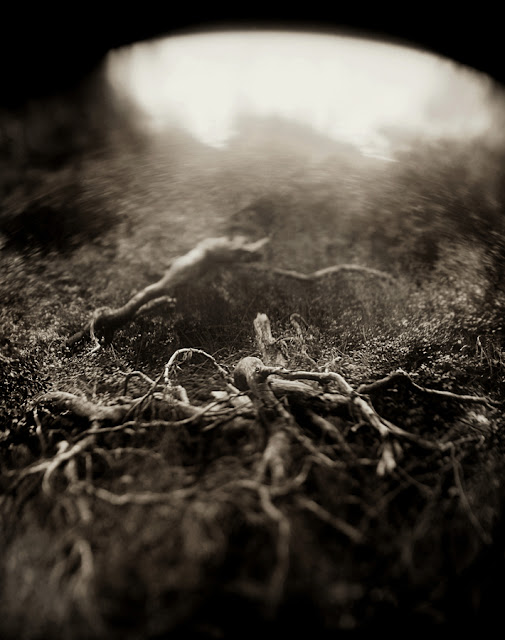 Along with large format cameras I used various swing lens panoramic cameras that date back to around 1896.

These cameras sweep the film in an arc to include 170 degrees of view. They can force a normal perspective or exaggerate converging lines.

Although they were probably intended for use in landscape or group portrait photography, they can reveal something in more crowded surroundings. 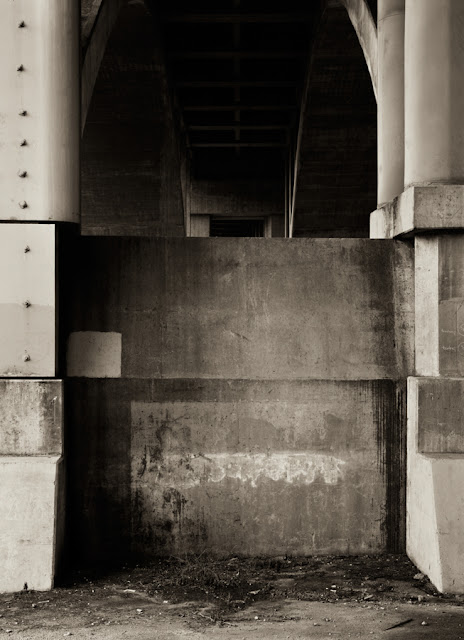 The exhibit opens at 6pm on February 11 and will be on view until June 27, 2012
Stevebobs@hotmail.com

The exhibit will take place in the Ancillary Salon within the Union Theater and is free of charge.  Donations to the theater will be kindly appreciated upon entrance.
Posted by Steve at 4:33 PM No comments: